Particl and Litecoin are Working on Cross-chain Atomic Swaps It is always interesting to see what projects are under development in the cryptocurrency world. Particl, formerly known as ShadowCash, is implementing cross-chain atomic swaps. They are seemingly doing so between Particl and Litecoin, which is quite interesting. So far, the LTC community seems to be a bit divided regarding this development. Not everyone likes this concept or the Particl team, by the look of things.

Cross-chain atomic swaps are an interesting development, though. Being able to exchange between different cryptocurrencies without exchanges getting involved is significant. One could argue this can be done already through decentralized peer-to-peer software. That is absolutely correct, but those tools are incredibly difficult to use for the average person on the street. Even advanced users find it too much hassle due to low trading volumes. Solving that issue is not all that easy, though.

Instead, using cross-chain atomic swaps makes a lot more sense. It allows existing blockchain protocols to communicate with one another directly. Developers can integrate this functionality into wallets directly, allowing for immediate exchanges between currencies. In this particular case, one could instantly swap between Particl and Litecoin whenever needed. That is, assuming the project ever comes to fruition in the long run. It appears developers on both teams are more than willing to explore this option. 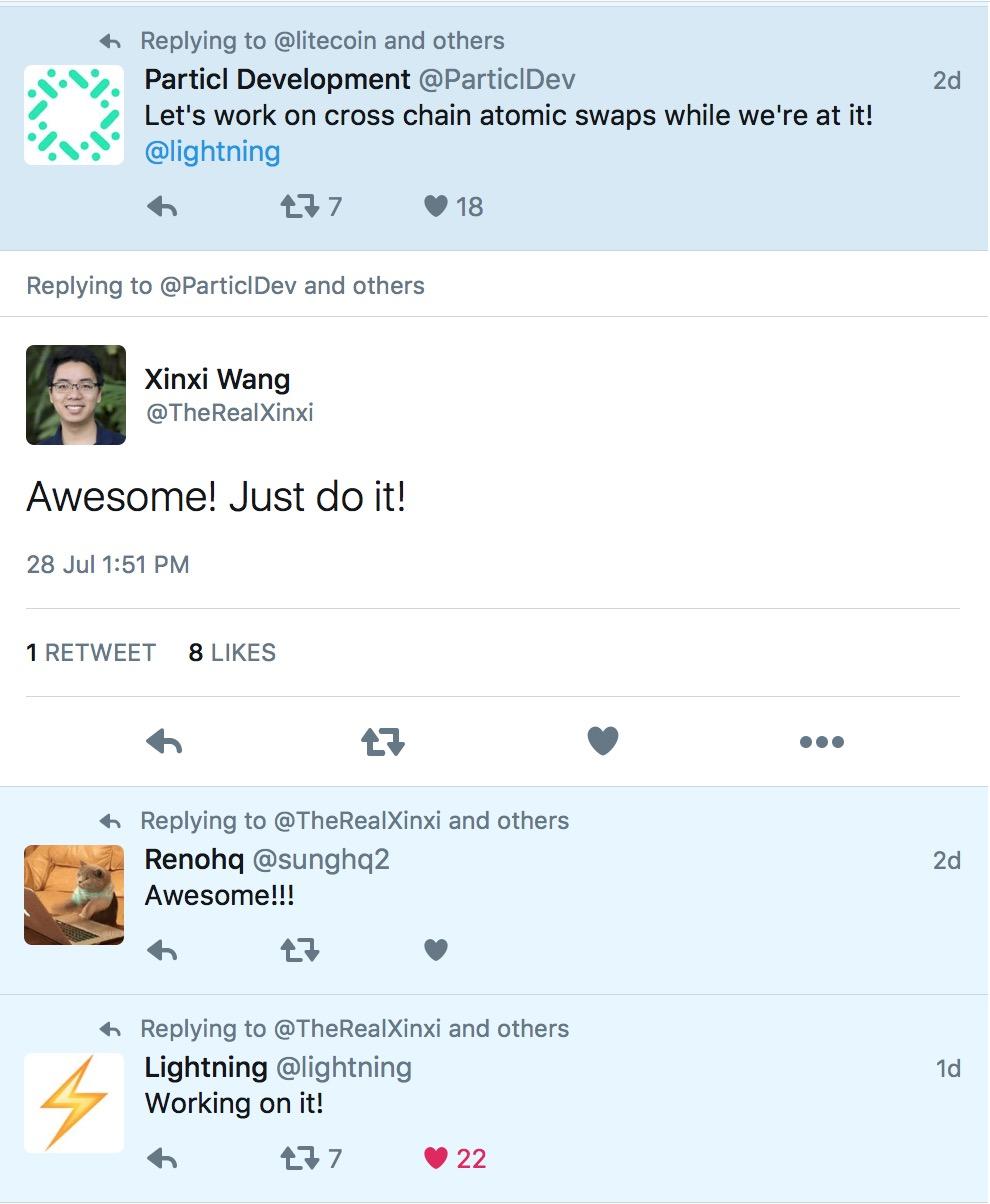 The response from the Litecoin community, on the other hand, is less positive than expected. Some people see the benefit of this development, whereas others don’t like it too much. More specifically, it seems there are some harsh feelings toward the Particl team. It is a bit unclear why that is though, as there doesn’t seem to be any reason for it. Rumor also has it there will be other projects based on cross-chain atomic swaps in the future.

It does appear some people blame the team for shutting down ShadowCash altogether. Additionally, one user claims how the team pumped “the shit out of” SDC and then crashed the market before killing the project. These statements seem to be largely unfounded, though, but that is not uncommon in the cryptocurrency world. It will be interesting to see how this Particl – Litecoin project plays out, that much is evident. We can only hope more projects look into cross-chain atomic swaps moving forward.